ELEMENTS OF DISEASE PREVENTION  IN ISLAMIC PERSPECTIVE Reviewed by M.I on March 16, 2016 .

FIRST: PERSONAL HEALTH: Islam’s instructions of personal hygiene are so accurate and clear that the advancement of science has not added anything new. Of the early commands in the prime of Islam is complete purification.  Allah says; )?????? ????( “And thy garments keep  free  from  stains.”  (74:4)     Purification  of  body  is  a prerequisite […]

FIRST: PERSONAL HEALTH: Islam’s instructions of personal hygiene are so accurate and clear that the advancement of science has not added anything new. Of the early commands in the prime of Islam is complete purification.  Allah says; )?????? ????( “And thy garments keep  free  from  stains.”  (74:4)     Purification  of  body  is  a prerequisite […] 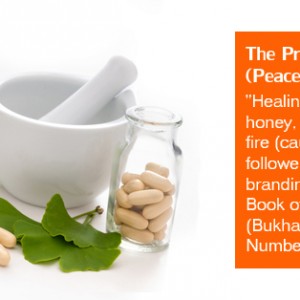 “And thy garments keep  free  from  stains.”  (74:4)     Purification  of  body  is  a prerequisite for joining Islam, and performing prayers, Hajj and Umrah.   The Prophet (r) said; “Purification is half the faithfulness.”  To stress the cleanliness of hands, Abu Huraira narrated that the Prophet (r)said; “Whoever stays overnight with the smell of  fat on his hands, and gets afflicted with a harm, should only blame himself.”

Islam surpasses the requirement of personal cleanliness to demand the Moslem to have good appearance.  Allah says;

“..Wear your beautiful  apparel  at  every  time  and place of  prayer.” (7:31)  Abdullah Bin Masoud narrated that the Prophet (r) said; “Whoever has an atom of pride in his heart will not enter paradise.” Aman said; “O Messenger of Allah, some like to wear good apparel and good footwear.” The Prophet

(r) answered;  “Allah is Beauty and delights in the beautiful.  Pride is to conceal right and hold people in contempt.”  On the authority of Jaber that he said; “The Prophet (r) once saw an unkempt man, and he said; ‘Can’t this man find something to comb his hair with?’   And when he saw a man wearing dirty apparel, he (r) said; ‘Can’t  this man find something to wash his clothes with?'”    It was narrated that the Prophet (r) said; “Allah is good and likes goodness, clean and likes cleanliness, generous and likes generosity, and open-handed and likes the open-handed, so clean your courtyards and do not imitate the Jews, who used to accumulate garbage in their dwellings.”

The Prophet (r) used  not to eat the white bread, which is free from bran.  This is not only as a sign of asceticism, but that the vegetable fibres contained in the bran benefits the intestines.  It was narrated by Salma Ibn Dinar who said; “I asked Sahl Bin Saad; ‘Did Allah’s messenger eat white bread?’ (which is free from bran) Sahl replied; ‘Allah’s Apostle never saw white bread since Allah sent him as an Apostle till Allah took him unto Him.’   Then I asked him; ‘How could you eat barley unsifted?’  He replied; ‘We used to grind it and then blow off its husk, and after the husk flew away, we used to prepare the dough (bake) and eat it.'”

This Islamic concern corresponds with the degree of benefit that any method of disease prevention can achieve.  The greater the health gains are, the greater Islam is concerned with the methods of achieving these gains.   Dental cleanliness is a case in point. Teeth are a means of feeding. Food helps build bodies and maintain its strength, but remnants of  food in teeth are subject to be fermented, and thus leading to the growth of bacteria.  Therefore, the Prophet (r) calls for cleaning teeth, and stresses on this issue to the degree of compulsion.  On the authority of Abu Huraira that the Prophet (r) said;“Had it been difficult for my Umma, I would have commanded them to use Miswak at the time of every prayer.”   On the authority of Omran Bin Al Hussayn that the Prophet (r) said; “Use chewing stick after food, and rinse your mouths, as it is  healthy for the molar teeth and the incisors.”  The Prophet (r) emphasises that such acts are not only for the sake of cleanliness, but they are rather meant as worship.  It was narrated by the Lady Aisha, may Allah be pleased with her, that the Prophet (r) said; “Siwak is purification of mouth and gratification to the Lord.”

The purpose of  using Miswak is not just to remove the remnants of food, but also to remove that thin layer of saliva which dries on the surfaces of teeth forming the dental plaque, and which needs to be removed from time to time to prevent the growth of germs.  Huzaifa narrated; “The Prophet (r) used to massage his teeth with Siwak when he performed  prayers at night.”

Applying the principle of protection, the habit of smoking is prohibited for many reasons:

These hidden signs of idolatry (Shirk) hinder the individual’s mental development.  They are forbidden by Allah  even  if such signs have prevailed on earth and attracted many people to follow in lieu of the absolute Islamic code of monotheism.   Hence, the doctrine of monotheism intends to restore the Moslem to the  path of right.   Allah says;

“Were thou to follow the common run of those on earth, they will lead thee away from the way of Allah.  They follow nothing but conjecture: they do nothing but lie.” (6:116)

should marry, as it helps lower his gaze and guard his modesty (i.e. his private parts from committing unlawful sexual intercourse.), and whoever is unable to marry, should fast, as fasting has a restraining power (against sexual desire).”   Islam prohibits unlawful extra-marital sexual relationship.   Allah says;

“Nor come nigh to fornication (or adultery): for it is an indecent (deed) and an evil way.” (17:32)  The Prophet (r) emphasises that indecent acts are causes enough for social  diseases.  The Prophet (r) says; “Indecent acts never emerge among people who practise this publicly, except that pestilence and ailments, which their predecessors did not experience, break out among them.”

No wonder, the current spread of AIDS  and Herpes are indications enough of the relation between indecent  acts and the most socially dangerous diseases, namely, sexually transmitted diseases.

In application of the honourable Hadith: “Select your leaders and select for your sperms”, Omar Bin Khatab (t), was keen to prevent the Prophet’s companions from marrying non Moslems.  This is taken by virtue of the Imam’s legal discretion (Ijtihad) for the protection of the social welfare of  Moslem community.  When Talha Bin Obaidullah and Huzaifa Ibn Al Yaman both married two women of the  people of Scriptures, the Caliph disliked the idea.  Huzaifa happened to ask the Caliph; “O, Commander of  the Faithful! Do you assume that this is unlawful, so that I will divorce her?”  The Caliph said; “No! I do not assume it is unlawful, but I fear you may get engaged with the prostitutes among them.”

“And  those  who  harm  believing  men  and women undeservedly, bear (on themselves) a calumny and a glaring sin.” (33:58)  On the authority of Abu Bakr, may Allah be pleased with him, that the Prophet (r) said; “Whoever harms a faithful or deceives him is cursed.” The Prophet (r) also said; “Allah dislikes the faithful to be  harmed.”

Although the Prophet (r) was  keen to reassure the patient, yet he used to place the interests of the Moslem community at top priority, so that the community’s interests take precedence over that of the individual’s.  On the authority of Al Sharied Bin Al Suwaid that he said; “There was a leprous man in Thoqaif delegation who came to give a pledge of allegiance to the Prophet (r).  The Prophet (r) sent to him saying; ‘Return home.  We have accepted your pledge of allegiance.'”

Accidents in general, and road accidents in particular, , are leading causes of mortality and morbidity.   The science of  safety  emerges from the basic concept that accidents are caused and do not simply happen..  It  is based on  analysing the causes of accidents and studying ways of prevention, as each accident is the result of causes that can be avoided.  Islam laid down the basic rules of accident prevention long before the science of safety came to light and is now crystallised in definite rules in the fields of  industry, and road, air and sea traffic, and domestic safety regulations.  Allah says;

As for precaution, the Moslem should adopt procedures of fire prevention.  On the authority of Omar, may Allah be pleased with him, that the Prophet (r) said; “Do not leave fire kindled in your homes when you go to sleep.”   On the authority of Jaber that the Prophet (r) said; “Cover your utensils, tie the mouths of your waterskins, close doors and put out your lamps, lest the rat should set out fire (by pulling away the wick) in your houses.”  Allah says;

“O ye who believe!  Take your precautions.  And either go forth in parties or go forth altogether.”  (4:71) On the authority of Abu Huraira that the Prophet (r) said; “None of you should point with his weapon towards his fellow brother, as Satan may tend his hand for evil, and then he will fall in a pitfall of fire.”   When the Prophet (r) saw a man selling arrows in the market,  he  ordered him to tie the tips, to avoid causing injury to Moslems.

Taking precautions is not contradictory to the principle of  putting trust in Allah.  The Moslem is not a fatalist, in the sense of leaving himself to different circumstances to affect his safety, but he should rather adopt all he can of safety and prevention procedures.  A man once asked the Prophet (r) if he could leave his camel without hobbling it, as a way of putting his trust in Allah.  The Prophet (r) replied; “Hobble it and then put your trust in Allah.”   Another measure of accident prevention is prohibiting liquor and drugs, which are considered the most important causes of accidents.  Islam is not just contented with mere prohibition of intoxicants and any that causes lassitude, but it rather lays down the preventive solution by establishing a community in which sound social values prevail. These values help to protect the individual from addiction to drugs and liquor and rear the Moslem in such a way that keeps him away from such harmful practices. 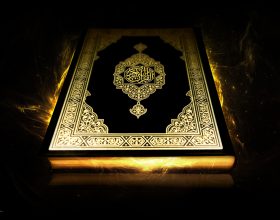 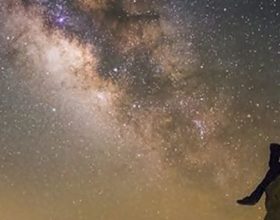 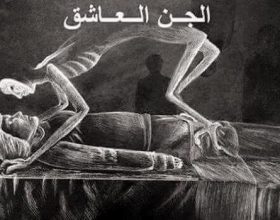 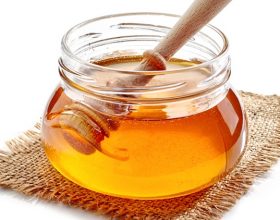 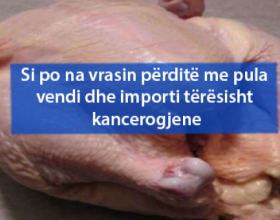 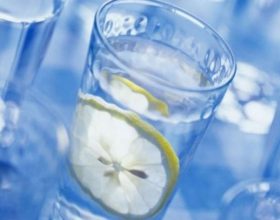 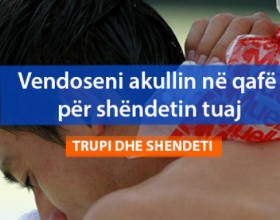 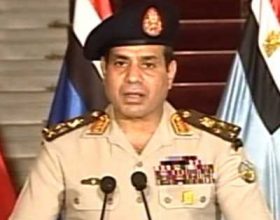 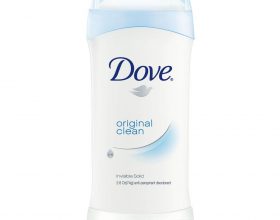